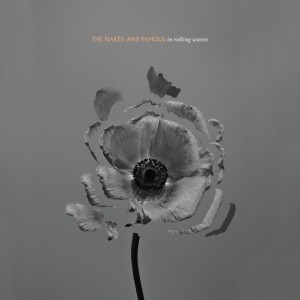 Insomniacs have a tendency to let their head fill up with thoughts and memories and worries. Whenever my introspection is excessive, I combat it by filling my head with music.

These albums have a special place in my heart. While I’ve always dealt with the difficulty of falling asleep at night, whenever my insomnia is worse it’s because I’m dealing with change or stressful environments or even just feeling self-conscious. These are the albums that relax me to the point of serenity. These albums are able to take away the buzz of my mind and allow myself to just relax. Just relax and listen.

Sometimes, though, when an album can help you get through something, it can be lodged with that feeling for a long… long time. So your once saving grace becomes an uncomfortable reminder of the stress that you had to get over.

With these sorts of things, it’s best to just let those songs lay dormant in your music play-through. Those songs won’t show up for awhile and, even though you got so used to having it be part of your every day life, you’ll learn to be okay with it.

Some of these nighttime albums have become this, some of them not. Some of them are just calming and nice to listen to while I sleep. Some of them I listened to so I could fall asleep.

With In Rolling Waves, it was a little bit of both.

I didn’t use it to fall asleep often, but boy, did it calm me down. I attribute this to the first time that I ever listened to the album the first time, which was last year when I was in London.

I had been extremely excited for the album ever since the band released “Hearts Like Ours” during the summer. Its energy was infectious, a perfect compliment to my experience in the East Village. I couldn’t wait to listen to the catchy synth ballads that were to come.

Months passed and I moved back home for two weeks from the city and then to London. My life became exciting and full of opportunity and fulfillment but also filled with uncertainty and distance from family and stressors that I had never accounted for before. Things that I was always just used to kept becoming more and more different. I kept a smile as much as I could but sometimes the stress was debilitating. I could feel myself wanting to make sure that I was doing things perfectly, that I wasn’t making wrong choices. I was trying to do everything and I wanted to be good to everyone.

After walking through Covent Garden with my friend, we happened upon a fantastic media shop with a focus on CDs. And there it was – I had forgotten about the release date but it just so happened that In Rolling Waves had come out the day before. I dropped the quid on the album and downloaded it into my computer as quickly as I could. My iPod synced, the album was ready for me.

I waited to listen to it.

“Hearts Like Ours” wasn’t just any other song and I knew that this wouldn’t just be any other album for me. I had to treat the music with respect and wait for the perfect setting to listen to it in.

Deep in the late hours of the night, I shut off my computer and laid down. The window was open in my tiny room and the breeze fluttered in. It was still relatively pleasant outside, so the air billowed into the room, making everything feel so fresh.

I put on my headphones and I started.

“A Stillness” buzzed into being and I was wrapped up in the sound already. I loved the dreamy quality of the song, the little build-ups and fade downs. And of course, the crescendo into the release of sound near the end of the song was the perfect emotional transition into “Hearts Like Ours.”

I had never listened to the album before, but I could already feel myself nodding off. It’s one of those special things where you know something is so right when right away it just works so well. I was so used to manicuring my listening pattern before falling asleep but here I was, dozing to “Waltz.”

“Rolling Waves” was the definitive song of my trance. It felt like waves crashing on the beach. It was such a peaceful discovery of a song. The waves of sound pushing and pulling like the tide pulling me into sleep. The lyrics itself were about sleep and it just fit so well with the quietude of the night.

I went deeper and deeper into the beginnings of sleep and didn’t even realize I had listened to “The Mess.”

“Grow Old,” however, was a different story.

Again, it starts small and muted and like a story in the background. It’s a song to easily underestimate.

The climax, however. The one that comes at 3:05. It ripped me into hyper-awareness. I gasped as the guitars and keyboard and vocals came crashing together, everything exploding. I felt like it was such an example for how I had been feeling those past couple of months. That I was dealing with a lot of different things but that it was going to be okay because I could at least feel myself express myself through the music. It was okay that I was growing up and that I was changing.

And then the song ended just like how it began. Just a voice, small and dialed down.

The mental effort that took to listen to that song is why I fell asleep for the rest of the album play-through. Normally I would have chastised myself, but I didn’t mind. It was one of the best listening experiences of my life and that feeling still is so vivid in my mind.

So much so that I felt it a few days ago, completely mirrored with my first time listening through. It took a long time before that could happen again.

That album became a staple of my London experience and helped me be able to settle in a place that was a country different from my own. It helped me learn how to navigate new places and people and experiences.

But because it was such an emotional album for me, I had to take a break from listening to it.

I never had bad memories associated with any of the songs, but the songs became a vehicle for emotional release. I didn’t want to over do it, I wanted to still enjoy the songs for the sake of enjoying the songs. I had to find other things to listen to, which I did.

Throughout the rest of the year, I’d perhaps listen to “Hearts Like Ours” or “Rolling Waves” from time to time. Never “Grow Old.”

But the album would pop up in conversation from time to time. I kept thinking about it and how it had such calming qualities.

Coming into senior year so far has been an exciting and wonderful but extremely surreal experience. Again, change. I have to take extra measures for myself to process change just because I know I feel it so fully.

So I listened to the album again. I didn’t even mean to recreate the first time that I listened to it. I just was lying in bed and it was nighttime and there was this summery breeze coming in through the window. I felt at peace and that feeling of dreamy tranquility came back to me. I felt like I was in two times at once. The wonderful thing, though, is that this time I wasn’t using the songs as an emotional release. I was listening with fresh ears and enjoying the music for how it was. The memories of those songs just made the music even more powerful.

I didn’t finish the album, but this time purposefully. Not soon after, I fell asleep, thinking of the waves of the Thames, but also thinking about how I could listen to those songs now in new places. How they could grow into new parts of my life.

One thought on “Falling asleep to waking up: In Rolling Waves by The Naked and Famous”